“At school, my peers used to ask me if I was HIV positive. This comes as a result of me being active in the HIV field at school”, the soft-spoken Helena explained with a smile. 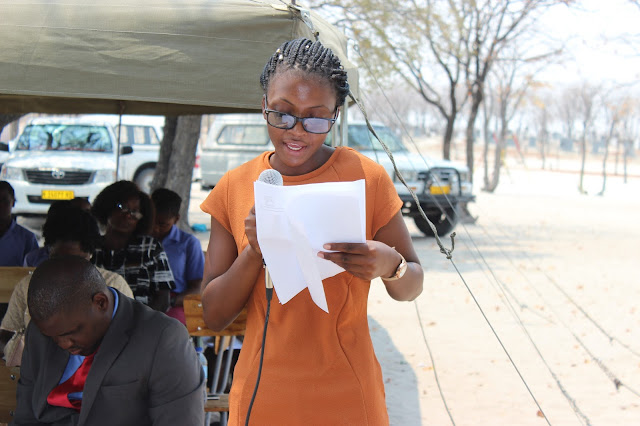 Meet the youngest HIV activist in the history of Namibia. She joined Tonata People living with and affected by HIV at an early age. As a former Teens Club member, and under the supervision of Tonata PLHIV Network and various partners, Helena Reinhold shares her insight about meeting the needs of both adolescents HIV affected and infected who do not have sufficient health-related information, HIV and sex education to be specific.

Helena Reinhold was born in AMUSA village in 1998. Her father, Reinhold Ambambi was unemployed. Her mother Mariah Nambahu is a community health activist and capacity builder for various support groups of people living with and affected by HIV in Omusati, Oshana, Oshikoto and Ohangwena region.

Her mother moved with her to Okongo, in Ohangwena region when she was 10 years. My mother introduced me to different Teens health clubs in Okongo. Later I decided to join an HIV Teens Club. A club created by TONATA PLHIV Network’s Community Based facilitators for teenagers living with and affected by HIV.  “That decision changed   my life,” Helena said, “My life would not be the same, I gained valuable information about sexual reproductive rights from the club”.

The Teens Club is a platform created by the Ministry of Health to empower teens with HIV (and health in general) information and to support teens born with and affected by HIV to live a positive life.

At her high school (Andimba Toivo ya Toivo Senior Secondary School), she continued with her HIV activism. Other learners thought she was living with HIV. “At school, my peers used to ask me if I was HIV positive. This comes as a result of me being active in the HIV field at school”, the soft-spoken Helena explained with a smile. 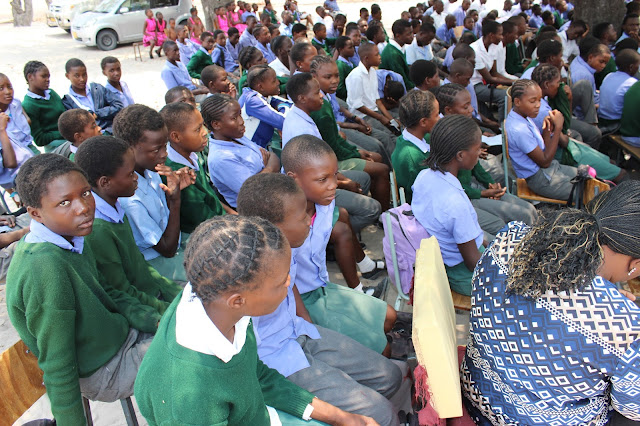 After grade 12, Helena has been involved in the community to address the many disparities affecting the adolescents living and affected by HIV. “There is nothing pains me than seeing a vulnerable young school girl, in high school, struggling to balance her untimely motherhood and books.”

After she learned that Kupila Combined School rank the highest teenage (learners) pregnancies in Uukwiyuushona Constituency, she thought so fast to establish an adolescents Health Club. In her words, the club is a platform where adolescents come together to discuss freely and openly health issues affecting them. “It is an ideal act to make adolescents’ aware of dangers around sexual intercourse at an early age. It will be a waste of materials and time to rescue a poisoned young person in future. The time is now to share with them what we know is effective for them.

“With Tonata PLHIV Network technical assistance, I approached the Principal of Kupila Combine School, Mr. P.D Shipalanga, Councilor Andreas Amundjindi of Uukwiyu, and Oshana Directorate of Education to sell my idea of establishing the club at Kupila Combined School”.
“I had faith to make learners understand my vision. As we speak, the club has a membership of more than 30 learners. I targeted for more than 80 learners but it did not materialize. Other clubs of this nature in the world has more than 100 adolescents, hopefully, we will be more than that by the end of 2017.”
“I am thanking my parents and all who were involved in my childhood for creating a friendly environment which empowered me with so much life skills. My dream is to see adolescents and youth in general living happily with required health information to enable them in making correct sexual reproductive decisions”.

Some schools in Oshana region showed their interest to work closely with Helena to establish health clubs in all schools. The club is registered with Tonata People Living with HIV Network and with the Uukwiiyuushona constituency office. 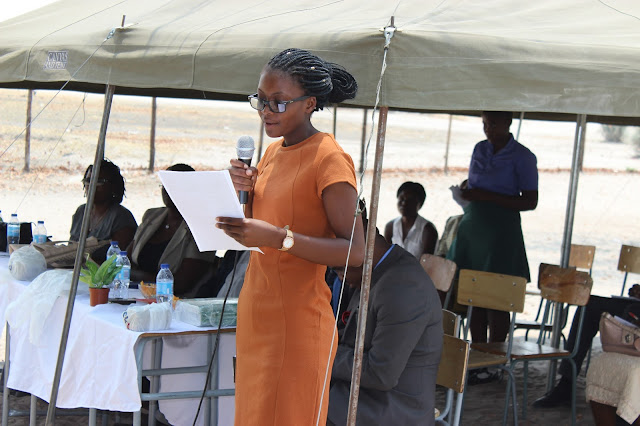 “I believe in TESTING and TRYING, as a young person with a positive vision, you have to TEST and TRY new things to take your people from known things to unknown things (you learnt)” Helena concluded.
Story by Ndilenga Erastus, www.tonata.org